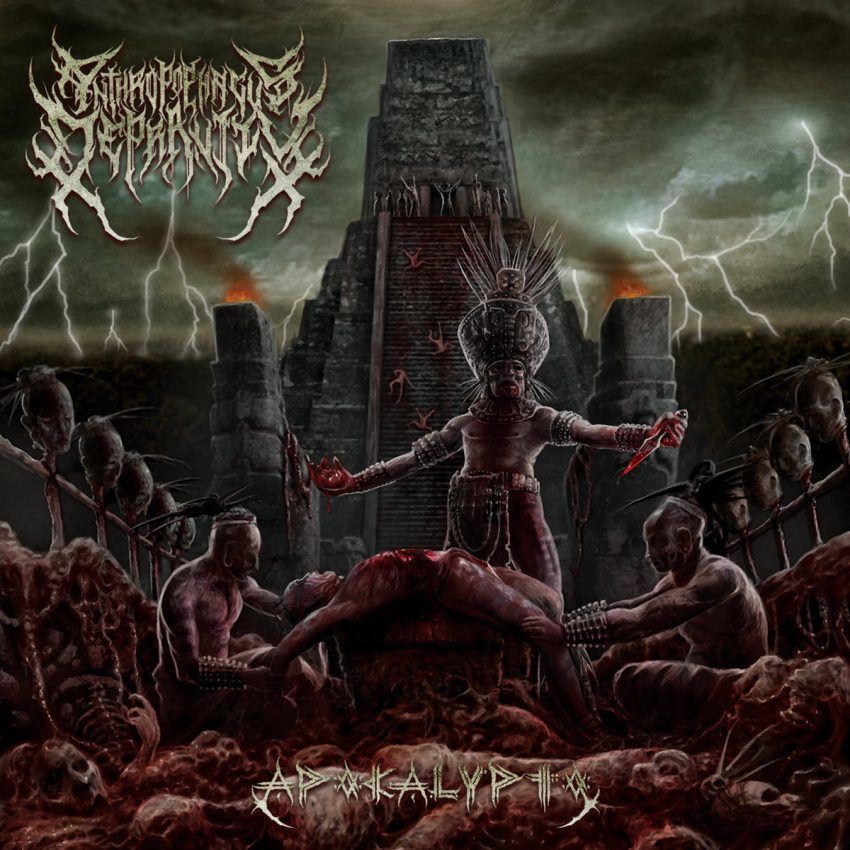 When I started this site, one of the things I wanted to focus on was highlighting different bands from various scenes across the globe. The goal for these pieces is to introduce listeners to bands they might not have heard about or, if they have, that they might not have been able to find any in-depth interview with. There are too many scenes around the world to highlight them all, even if I run this site for the next 40 years. That being said, if I can get you to check out someone that might not have been on your radar before and draw your attention to more than deserving bands, I’ve done my job with these pieces. First stop: the brutal death metal scene in Indonesia.

Let’s set the scene. You’re in the jungle. It’s blisteringly hot but the sweat pouring off your back serves to cool you a little as you sprint through the canopy of the trees. You know the feel of jungles. They are in your blood. Your tribe, your family, has resided in them for longer than you’ve been alive. Longer than your father has been alive. But this part of the jungle, this area isn’t your territory. You don’t know the intricacies of the terrain under these trees. Any stretch of space could have a downed tree, a hidden drop, an unseen danger that you aren’t aware of. This uncertainty doesn’t slow you down, though, it just hangs in the back of your mind as you navigate the tight spaces to the best of your ability.

You’re being pursued, relentlessly, as you more or less have been for days now. The members of your tribe who weren’t wholesale slaughtered have been taken captive to be sacrificed to a wrathful and callous god. The only reason you escaped was a stroke of luck and a panicked, dangerous chase. You’ve managed to create a little bit of separation but you can hear your pursuers back there. Coming for you. And, in these jungles, you never know if they’re alone but you can be certain that anything waiting in hiding for you does not wish you well. Along with the war cries, the soundtrack to your doom? Apocalypto by Anthropophagus Depravity.

Formed in 2016 In Indonesia, Anthropophagus Depravity put out its debut full-length, Apocalypto, in 2021. The album is a study in brutal death metal simplicity with some catchy groove elements mixed in. It’s a hell of an opening statement from a band that clearly understands what fans look for in a brutal death metal album.

“We tried to combine old (school) and new music in this album,” guitarist Eko Aryo Widodo told me during a recent interview. “Maybe you will feel the Immolation and Nile music feel, too, but we want this album to be more modern in terms of sound…faster and solid by combining dark nuances.”

Mission accomplished. The album’s eight tracks unfold over a relatively brisk 33 minutes that waste no time pounding the listener into submission. The album is filled with more or less nonstop brutality, from driving drum beats to chugging, heavy guitar riffs and lyrics that’ll make the squeamish squirm their way through the experience.

With Apocalypto, Aryo and the rest of the band took inspiration from the devastating riffs of two of their favorite bands to craft their eight-track debut.

“For making music in this band, I really like the riffs from the band(s) Disgorge and Devangelic,” Aryo said. “Diego and Mario are the figures who influenced me in making this Apocalypto album. Heavy, fast, and (they) have an atmosphere.”

With that being said, the world of music wasn’t the only source of inspiration for the album and it sharing its name with one of the 21st century’s most impressive action movies is anything but a coincidence. For anyone with more than a passing familiarity with one of Hollywood’s most controversial figures, it should be easy to figure out where the band drew its thematic inspiration from.

“For the lyrics, (they) were done by me and our vocalist (Pandu Herlambang), taking the theme of the Mayans that we watched (in) the film and trying to translate and pour it into the music we made,” Aryo said. “Our album was inspired by the film Apocalypto, which was produced (and directed) by Mel Gibson.”

“The concept is also a good topic to raise because there are many interesting things about the story of this Mayan tribe,” Aryo continues. “Even though the lyrics are hyperbole, the common thread is still there.”

Although the album might be based on ancient themes, the songwriting process is one that benefited heavily from modern technology.

“For songwriting, it’s like a normal band that makes it together but I started with a guitar riff and then our drummer made a MIDI drum for our draft,” Aryo said. “So, I’ll send the guitar data along with the metronome to our drummer because now technology and everything has made this possible (and) easy.”

The recording process itself, aided as it was by current technology, wasn’t one that Aryo and the guys found to be terribly challenging, just time consuming.

“Our recording process took a long time, almost one year, because we were not in the same domicile, which eventually made it difficult to evaluate the results,” Aryo said. “So, it was necessary to take the time to meet and accompany the recording session.”

The album, once completed, needed an album cover that would jump out at listeners and let them know what the record and band was all about. To accomplish this, Aryo and the band turned to one of their personal favorites.

“We want this cover to be an icon of our songs so, as much as possible, this cover shows a little intro to our album,” Aryo said. “It was done by (the) one and only Mr. Jon Zig. He is our idol art worker. In the end, our band was able to make a cover by him. In the past, we could only enjoy his work through bands that we like, like Disgorge, Defeated Sanity, etc.”

Coming five years after the formation of the band, Apocalypto is the culmination of years of work for Aryo and his bandmates.

“This band, at first, was just a side project for me with my friend,” Aryo said. “At that time, we were alone in making music, using drum programming, but we were not satisfied and finally decided to go live and invited two of our colleagues to join this band. That’s when we decided to make this band serious and not a side project anymore.”

After negotiating with his bandmates over potential names, Aryo floated the idea for Anthropophagus Depravity as the group’s moniker. It’s a name that he feels fits with the concepts behind the music that the band makes and serves as a warning to people who are greedy, depraved, and cruel. That being said, Aryo is quick to let me know that it is just a name and not a representation of them as people.

“We are all not as depraved as the name of this band,” Aryo laughs. “Calm down!”

Just like any other thriving metal culture around the globe, Aryo says that the scene in Indonesia is a cohesive group that provided him with plenty of opportunities to fill out his band in the early days of getting it up and running due to the size of the scene and the commitment of the like minded individuals involved in it.

“It’s not difficult to find new partners in this band because we are all in the same circle in the scene so it’s enough to make us quickly adapt to music together,” Aryo said. “They also already have their own bands, so we’ll just make it more organized for the performance schedule.”

Even though the scene has been large and supportive for quite some time, Aryo says that it’s still growing and he has some recommendations for our listeners who want to venture further into it.

“There are a lot of (brutal death metal) bands in particular here, maybe every day new really cool bands will appear,” Aryo says. “You should listen to Gerogot and Cadavoracity’s new album. Their albums are really cool!”

With one longplayer under their belt, Aryo says that Anthropophagus Depravity has no plans to slow down any time soon.

“For future plans, we will make a new single for our new album,” Aryo states. “We are in the process of cooking it.”

Outside of the studio, the group is looking forward to touring around the area in Indonesia and the island of Java on the appropriately named Apocalyptour. After that, Aryo is hoping things stay stable enough for them to hit some dates around Asia and Europe.

“We hope we can do a tour of Asia and Europe,” Aryo says. “Hopefully this pandemic will pass soon and we hope WWIII doesn’t happen.”

For a world that feels like it’s constantly on the brink of one apocalyptic calamity after another, you could do far worse than Apocalypto by Anthropophagus Depravity for the soundtrack to the potential end of days.