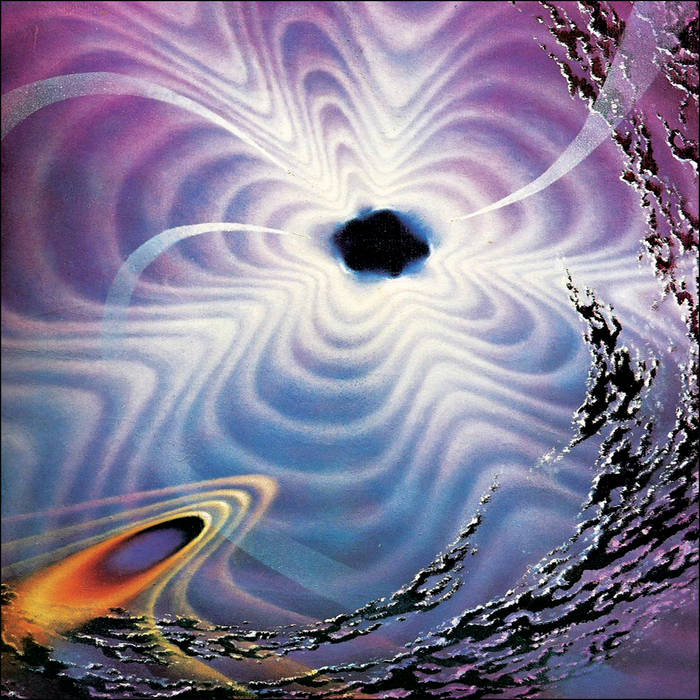 Plenty of artists have gotten a lot of mileage out of reflecting on the cosmic nature of our place within the universe. Turning to the vastness of space and humanity’s seemingly infinitesimally small role within the cosmos has provided a well of inspiration for art from everyone from Tool to Blood Incantation to 2001: A Space Odyssey and Interstellar. When faced with the eternal depths of existence, both on a micro and macro level, it would be hard to not draw inspiration from such grandiose places. Where we as humanity fit into both the depths of our own mind and an unfathomably large universe are heady topics that it would be hard to exhaust, no matter how many creative forces tap into that wellspring.

Formed in 2019, Denver-based death metal band Astral Tomb has been pulling ideas out of the infinite since its creation. The band put out its Subterranean Forms demo that same year before following it up with a split with Inoculation, Cryptic Shift, and Replicant in 2020 and the 2021 EP Degradation of Human Consciousness. The band’s debut LP, Soulgazer, expanded the band’s sound with introspective and pummeling compositions when it was released earlier this year at the end of March. I caught up with the band over email recently to discuss the new album and what inspires Astral Tomb to make its unique brand of death metal.

First off, how did the band get started? What drew you all to each other and made you want to start this band? I know the band originally was called Ring Nebula, why the change to Astral Tomb?

Astral Tomb: The band formed in 2019 out of the ashes of Michael (Schrock) and Adrian (Mclair)’s first project, Blood Trench, with a four-man lineup with Nic de la Paz on guitar and Jack Malinzak on bass. At the time of Blood Trench’s inception, Michael approached Adrian on their first day in math class, freshman year, and asked him if he wanted to be in a band. Adrian said yes. The four of us wanted to transition to an aesthetic that was more mature, and that was cosmic, esoteric death metal. Ring Nebula became Astral Tomb because we felt it fit our sound much better. Michael and Adrian were the only remaining members of that lineup after some creative differences, and Zach (Johnson) joined the band in January 2020. Adrian and him were acquaintances throughout high school, through the jazz band, but the idea of him playing with us never came about until Zach met Michael at a Christmas party in 2019, and the two of them hit it off.

What got you guys into death metal in the first place and who are some of your inspirations?

Astral Tomb: Zach started getting into metal in middle school through bands like Rage Against the Machine, Pantera, and A Day to Remember. It got heavier over time, and early in high school my favorite bands were Tool and Meshuggah. Gojira was my first foray into death metal when I was an upperclassman, and meeting Michael a little later really threw me into the deep end of sub-genres and brutality, with bands like Blood Incantation, Afterbirth, Morbid Angel. I’ve always played jazz though, and improvised jam-band stuff, and those two genres have had a massive impact on my musical inspiration. Adrian had been listening to bands like Metallica, Linkin Park, and Disturbed since he was a kid and his taste started to lean towards heavier bands like Slipknot and Korn in middle school. During the beginning of high school he started getting into more of the deathcore scene until he met Micheal who introduced him to bands like Blood Incantation, Chthe’ilist, and Malignant Altar. Michael started by listening to rap and later found Slipknot because they were featured on a track he liked. From there it was a downward spiral. He started like many into the world of deathcore but later got into heavier bands like Death and Cannibal Corpse. Eventually those turned into more underground stuff like Timeghoul and Lykathea Aflame and the rest was history.

What is the music writing process like for the group? Has it changed over the years at all as the lineup has shifted?

Astral Tomb: Previously, with our original lineup, Michael would compose a form to a song, and then write riffs to it. After the lineup change and Zach’s inclusion, the songwriting process became much less structured and much more focused on improvisation. We jam completely improvised sessions every practice, and form riffs that way. Sometimes, as is the case with “Transcendental Visions,” what we improvise hardly changes, and other times, as with “Inertia,” “Traversing the Wandering Star,” and “Ascending a Pillar of Light,” one of us will compose a song structure which will morph and change as we jam it together, and contemplate it on our own. This way, everyone’s creative voice comes through in every aspect of the music.

How do you come up with the lyrics? Are there any particular sources you turn to for inspiration?

Astral Tomb: Some of our biggest lyrical inspiration comes from literature, meditation, and dreams. Michael wrote most of the lyrics in Soulgazer, and the most important books to him at that time were Siddartha, Cosmos, and Be Here Now. Zach reads lots of science fiction like Frank Herbert and Orson Scott Card, and historical non-fiction. We all meditate, and this plays another very important role. Introspection, and the trains of thought that come from that process are incredibly important for growth as people, not just as artists, in our opinion.

You guys have a strong interest in cosmic themes, which I always really dig. What got you interested in those types of outer and inner space ideas?

Your sound is a really unique one that takes death metal and adds some interesting psychedelic aspects and fascinating arrangements and compositions. How important is it for you guys to add all those different elements and not stay confined to one specific box? How would you describe the Astral Tomb sound?

Astral Tomb: We are hesitant to say that it is very important for those aspects and non-conformity to come through in our music, but, the reason that our music has those aspects, is because we don’t sit down and try and play something that’s forcibly unique. We play music that comes from the soul, and it sounds psychedelic and formless because that’s the kind of people we are. The Astral Tomb sound is deranged, psychedelic, and crushing.

Soulgazer is a hell of a debut full-length. What was the writing/recording process like for that one? Were there any challenges to getting that first LP done?

Astral Tomb: Our writing process for Soulgazer was pretty much exactly what we laid out in question three. Getting the LP done was a little bit of a process. The producer that we worked with, Pete deBoer, did a phenomenal job, but fell ill during a few of our originally scheduled studio dates. Rescheduling around our jobs made things hard, and Zach got sick as well, which did not help. Beyond that, everything went about as smoothly as it could have.

How affected has the band been by the pandemic? Has it caused any problems getting music recorded or hurt any live plans you’ve had?

Astral Tomb: Like probably every other band that is currently active, the pandemic absolutely annihilated any hopes we had of playing live for a year-and-a-half. We played one show during the early stages of the outbreak at Hermann’s Hideaway, and our next show was exactly 366 days after that at Lion’s Lair. Since then, we played a few more local gigs at Goosetown Tavern and Lost Lake Lounge, then went on a West Coast tour with Insipidus and Cronos Compulsion. Luckily the pandemic didn’t really hurt our ability to record music, since we recorded Soulgazer through July and August of 2021.

The album also has a really cool, trippy cover. Who did it and how much input did you give them on it? What does the cover represent to you guys?

Astral Tomb: Andrey Sokolov can be credited for the art that you see on Soulgazer. Unfortunately, he has passed, and we had to receive permission to use it through his camp, and the gallery that currently holds it. Luckily, they were very amicable. We didn’t have any input on the pieces, since they were painted before any of us were even conceived. The cover represents the violence inside of the beauty, and the duality of everything that we believe is integral to understanding our sound.

Lastly, what’s next for Astral Tomb? What are your goals for the next few years of the band?

Astral Tomb: We want to play our music in front of people as much as we are given the opportunity. We’ll do that through local shows, and more tours in the future. We hear the East Coast calling our name. Secondly, we want to hone our sound to create a sophomore album that is more devastating, more reflective of ourselves and (that) speaks to the world.