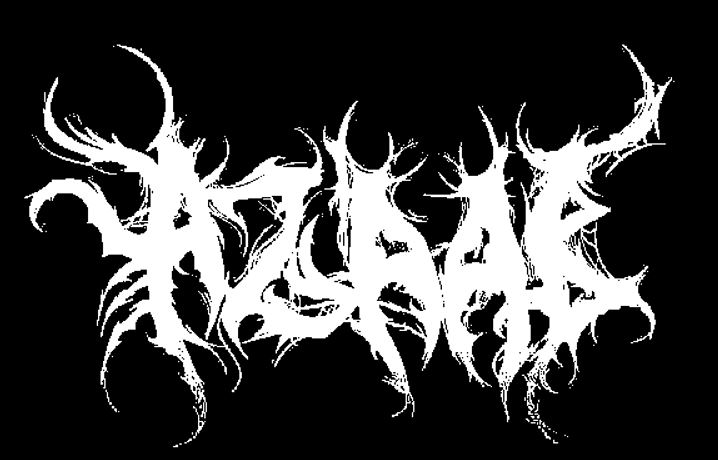 Being a new band can be tough. There is no end to the bullshit that is required of people in bands if they want to exist for any period of time, let alone make any money or gain any attention. For many bands, their local scene is a source of security and comfort. Having other bands around in just the same genre as you can provide everything from advice to commiseration, all important facets for bands.

Formed in Islamabad, Pakistan in 2016, Azaab is blazing a trail just by their existence in their homeland. While many regions around the world have vibrant extreme metal scenes, Pakistan is not one of those, at least according to the guys in Azaab. While this might be frustrating for many bands, the guys in Azaab use it to fuel their fire. With virtually no local support or colleagues, Azaab are building a reputation for Pakistan’s extreme metal scene from scratch. I recently caught up with the members of Azaab over email to discuss the band and their debut album.

First off, how did Azaab get started? How did you guys meet and what made you all want to form a metal band with each other?

Shahab: Three out of the five members of Azaab had previously been in a local band together over a decade ago. However, Azaab was the brainchild of our singer Saad (Latif) and myself. I moved back to Pakistan around 2016 and met up with Saad, who reached out to me to start a new project, and we took it from there. I contacted my old bandmates Waqar (Ghayas) and Afraz (Mamoon), who seemed eager to do this too. Prior to Afraz joining, there was our other friend Moazzam on guitar who moved abroad for work and that is how there was a vacancy and Afraz joined. Waqar, on the other hand, wasn’t really given an option, he was just told that he would be doing this but he seemed eager so that was great.

What got you into metal in the first place and who are some of your big influences?

Afraz: I got into metal through friends in high school. Around that time, nu-metal had just come out. I was already playing guitar at the time but nu-metal didn’t really interest me musically. It wasn’t until I encountered NWOBHM bands of the ’80s that I really got into metal. From there, I got into ’80s thrash and eventually into death metal. From then on, I’ve been listening to a lot of the guys from Shrapnel Records along with a lot of tech death bands.

Shahab: I was first introduced to metal in the early ’90s through MTV and Top Of The Pops. During my teenage years, I started discovering music on my own through the internet and this is when I found the heavy hitters of metal like Maiden, Megadeth, Death, and many others. The bands that influenced me to pick up an instrument and start playing were Black Sabbath, Sepultura, Megadeth, and Pink Floyd amongst a few others and later on, I discovered death metal bands like Cannibal Corpse, Morbid Angel, Necrophagist, and Decapitated which still influence me to this day.

Afraz: The majority of the song writing on this record was done by Shahab. By the time I joined, the songs were already pretty much there, and I could see a clear direction in the sound. My main contributions were the guitar solos on the album (besides the guest appearances) along with some riffs here and there. I also brought with me “The Infernal Citadel” which was a song I wrote for our previous band Depletion and the album intro “Pandemonium Twilight”.

Shahab: Yes, I believe this is the most mature music I’ve ever written. Having gone through this process I have learned a lot about the different aspects of writing music and arrangements. After Afraz came in, we reworked some songs and made some changes which I believe were for the better. I’m excited for writing more stuff in the future as it will be more of a combined effort.

Afraz: Shahab wrote most of the lyrics for the record. My lyrical contributions were “The Infernal Citadel” and “B.L.O.O.D.B.O.R.N.” “A Hollow Pact” was written by Faisal Panezai, who is a friend of the band. In terms of process – it depends. Sometimes it starts with a riff and then the lyrics come later whereas sometimes lyrics come first. There is no approach set in stone. Most of our lyrics are inspired by the real world. We also sometimes like to incorporate horror and even sci fi themes, but these too are referring to real world events, particularly in the third world.

You guys have had a consistent lineup so far. What makes you all work so well together?

Shahab: Most of us have known each other for a very long time and we’ve been in other projects together so we know each other’s strengths and personalities. Now we have developed and refined our system of working remotely which worked really well in my opinion, even though we have only done one album so far and never toured or played many shows. This is relatively a new band but I hope we can continue making music together.

What was the writing/recording process like for your debut? Were there any challenges to getting your first LP done?

Shahab: The writing process was great as most of the album was written without an endgame. There was no stress, no due dates, and no one even expecting anything from us, so I was very comfortable just playing guitar and just putting riffs together and soon I had a lot of material. The pre-production was fairly simple. However, the final recording stage was the only challenging part as we needed to acquire some recording gear such as microphones and preamps. We also had to figure out guitars and pickups, etc. so there was some work that went into that. Other than that, I really enjoyed the whole process and learned a lot from it.

What did you learn from the recording process that you’ll take to future recordings? Do you feel more comfortable with writing/recording an album now that you’ve got one done?

Shahab: Absolutely, having gone through this, I for one am a lot more comfortable recording and producing more of our own music. This entire process has taught us so much about everything and there was so much to learn for a band like us and where we come from. From a recording perspective, I feel that we can be a lot more efficient and methodical as compared to our first album where there was not a clear plan in place. I feel that next time there will be less troubleshooting and self doubt and less room for errors. We now know what gear works and what doesn’t, what techniques work well for us, and what we need to focus our efforts on. There’s some pieces of gear worth getting for the recording process and some upgrading required in the studio. Other than that I feel we are a much more knowledgeable band when it comes to recording an album than we were a few years ago.

How do you feel about the final product for that album? I know fans have been digging it so that must feel super nice!

Afraz: I think it’s a decent album. Even during the recording process, I thought this was going to be good. But I couldn’t imagine the level of positive feedback we’d get. It definitely feels great to have been part of this.

Shahab: Since I also produced the album, I really had a hard time letting go and handing it over to the labels as I kept thinking I could maybe mix it a little better but now when I hear it, I’m really pleased with how it sounds. We’ve gotten some very encouraging feedback from all over the world, which definitely makes all the effort worthwhile.

Who did the cover for that one and how much direction did you give them? It’s a really cool piece of art!

Shahab: We’re glad you dig the artwork; a lot of people are checking out the album just because of the album cover. It was done by a very talented artist, Ardha Lepa, from Indonesia. This is a little-known fact that the artwork was first done by another artist who came up with the initial design; however, we did not end up using his version and Ardha reworked that design and came up with the final piece.
We gave both artists very little direction. I explained the overall theme of the album as best I could as there was a language barrier so I kept it very simple.

How much was the band affected by the pandemic, either in terms of playing live, recording, or releasing music?

Shahab: Honestly, if it weren’t for the pandemic there probably wouldn’t have been an Azaab album. I wouldn’t have found the time to sit and write all the stuff I wrote during the covid lockdowns. I know most bands have used this down time to write new material, as did we, so I guess silver lining and all that.

What’s your local scene like over there and how has it helped to shape the band? Who are some other bands that our readers should check out if they dig your sound?

Shahab: There is no local metal scene in Pakistan. There are only a handful of active metal bands, it’s difficult to [organize] shows due to the lack of an audience for this music. The only upside to being an extreme metal band from Pakistan is that there is no shortage of bullshit around to piss us off which makes for angry and brutal music.

If you dig our sound – please look elsewhere for music, you won’t find any in Pakistan (laughs).

Lastly, what’s next for Azaab? What are your goals for the next few years?

Shahab: We would just like to do the things that bands do, which is making music and playing live. Since we all don’t live in the same country, it would be hard to play live all the time but we would still like to do it as much as we can. We are also pretty pumped to write new music so hopefully you haven’t heard the last from Azaab!