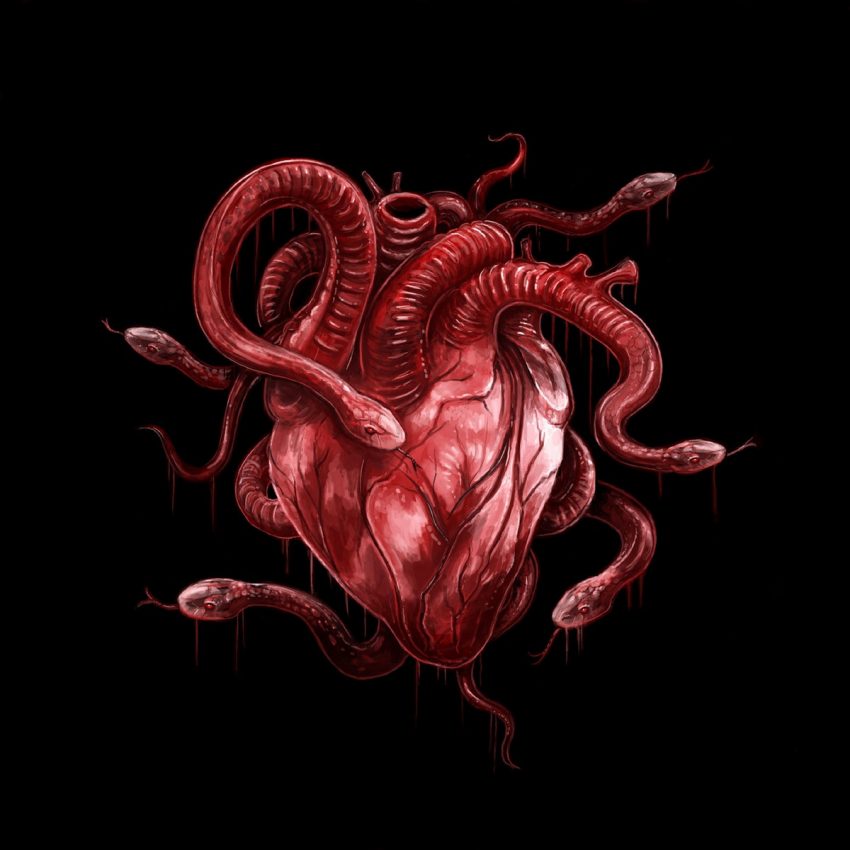 If you’ve ever seen a horror movie, you know you can’t kill the monster. Just when you think the slasher has been dispatched, Jason runs a machete right through the perky cheerleader’s heart. That demon that you think the priest defeated? Yeah, don’t sleep easy cause that fiend ain’t gone. Seven years after Hades Command unleashed its hellish brand of blackened speed metal on the world, Bastard has resurrected itself with another round of down and dirty tunes that’s coming right for your soul. My advice? Let the bastard in.

Rotten Blood, which dropped today, wastes absolutely no time reminding you what made Hades Command such a goddamn blasphemous treat. “Whipstrike,” the album’s opener bangs to life with the standout drumming of Jason Asberry, who takes over for the departed Winston Alvarez. Asberry’s playing here immediately grabs a hold of the listener and continuously propels the songs forward at a breakneck pace throughout the album. Joining Asberry in the revamped rhythm section is Tim Kutterer on bass and, throughout the ten tracks, the two more than show why they earned their spots in this band.

Songs like “Hellfire & Steel” and “The Possession” pick up right where the band left off lyrically and it’s safe to say these guys probably won’t be getting many invites to their local church picnics any time soon. “Dark possession I embrace, the touch of evil empowers me,” Jason Barron rasps on “The Possession.” Fans of Hades Command‘s mix of horror inspirations and reveling in the power of the dark side are going to find a lot to love throughout this release. “Spellbound,” which also comes with a really cool, cinematic music video, even features a lyrical callback to the first LP, in case you were worried about the band lightening things up anytime soon.

Sounding like the lovechild of Motörhead and Venom, the whole album is packed full of catchy, speedy riffs and ferocious solos laid down by axeman Scott Fogelbach. The whole endeavor is a riff fanatic’s dream. Seriously, if songs like “Leather-Bound Book of Lies” don’t get your hellbound heart pumping, you might have more problems with it than the snake-infested ticker on the album’s cover. You just know that these songs are going to completely kill live, particularly the punky gang vocals on cuts like “Bewitched” and “Crescent Horn.”

This is definitely a band that I can safely say that you pretty much know immediately if it’s your thing or not. The no frills, no fancy tricks style of speed metal laid down here doesn’t slow down and doesn’t let up throughout the 40-plus-minutes of the album. If you are looking for an album that switches it up and keeps you guessing track to track, you’d probably be best to look elsewhere. If you’re like me though, and you want a wild, Satanic ride through the sleazy underworld of metal, look no further than Rotten Blood. Welcome back you sweet bastards.