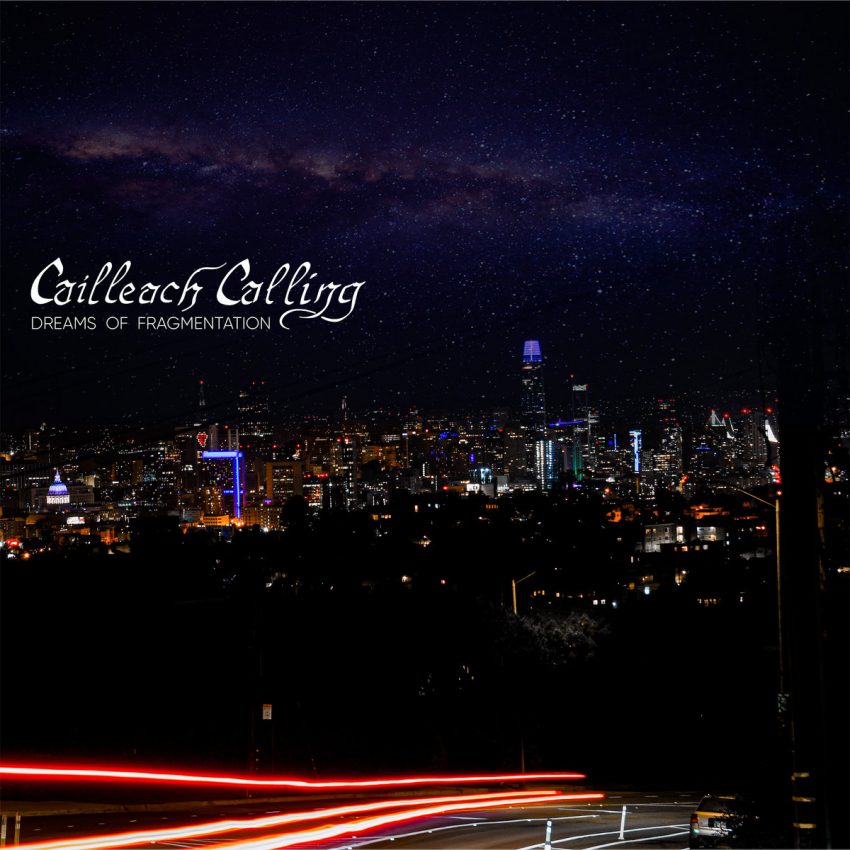 Some bands come out the gate swinging with a legendary debut that just grabs you and makes you a diehard from the jump (for examples of that from this year, see Cryptic Hatred’s Nocturnal Sickness or Pillaging Villager’s self-titled debut). Other times, you hear what a band is putting out to start their career and you can instantly tell it’s not for you. For whatever reason, it doesn’t connect or maybe it’s just flat-out bad. Cailleach Calling’s debut, Dreams of Fragmentation, fell somewhere in between those extremes for me.

Released March 11 of this year, Dreams of Fragmentation is a frustrating debut that has flashes of what the band could be with a little more experience under their belts. The album as a whole is anything but bad, and I’m interested to see what Cailleach Calling does to follow up on it. Everyone is talented on their instruments and the songs deal with interesting lyrics and topics that would feel right at home on a release by a band like Blood Incantation.

The problems with the album, or at least the main one, is readily apparent fairly early in the opening track, “Phosphenic Array.” The band wastes no time in setting an atmospheric black metal mood but when Chelsea Murphy’s vocals kick in, they’re clearly way too low in the mix. I dig Murphy’s style a lot but it can be hard to hear over the other elements and it takes away a lot of the power of her effective gutturals and screams, which she deftly switches between somewhere under all the other noise. In particular, the synths feel way too high and the symphonic elements, at least on the opener, tend to overpower everything else.

The opener also shows another primary issue that I struggled with, mainly the song structures sometimes felt oddly assembled to me. This one kicks in right away to start the album but I feel like it could have been better served with a moody intro such as the one of the second track, “Bound By Neon.” Conversely, the third song, “Cascading Waves,” has an intro that goes on for what feels like forever before getting to a spoken word poem by Murphy that’s one of the most effective pieces on the record.

That third song in particular feels like it needs work, but also that there is something great to be had in it. The whole song is longer than 15 minutes and, by and large, I don’t have a problem with heftier songs but this one doesn’t feel like it needs that lengthy of a runtime. It takes too long to get to the spoken word bit and there is a clean vocal section between there and the harsh, shrieking vocals that I think could have been cut out altogether but, again, it might be easier to make a judgement call on that if I could hear the goddamn vocals better through the horrendous mixing. The song also displays another problem in that it tends to get a little repetitive after a while, which isn’t a problem that’s limited to that track.

Album closer “Mercurial Inversion” at least leaves the listener with a positive final experience and, to me, it’s the clear winner of the album. The song is a bit of a weightier song (7+ minutes) but feels like it needs to be that long. It’s a moody, atmospheric black metal track that has its own unique flair and solid lyrics with symphonic elements that aren’t overdone and synths that aren’t overused. It’s a tighter composition than anything else on the record and doesn’t overstay its welcome. It has a natural build and really does leave me hoping that it is a sign of things to come for this band.

I wouldn’t say that I overall enjoyed this record but there is a lot to build on here and I really hope that Cailleach Calling gets a chance to put out a follow-up record soon. If they can tighten up some of the songs, I think this band has the chance to make some deeply effective atmospheric music. Also, for the love of God, a better mix would honestly go a long way to helping clear up some of the issues here as well.  Definitely check this out if you like atmospheric black metal because I think, and hope, this becomes a band that ends up getting it together and takes off.