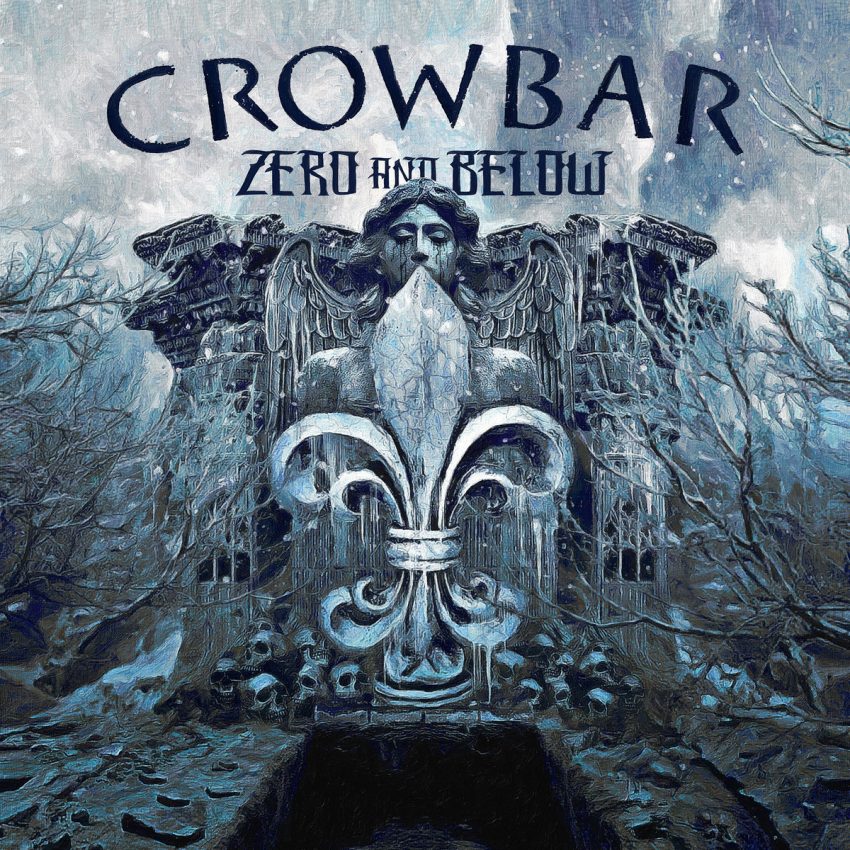 “Never compromise,” Kirk Windstein rasps on “Confess to Nothing,” the third song on Crowbar’s newest and twelfth longplayer, Zero and Below. It’s a succinct order and one that the band has never really disobeyed during their 30+ year career playing in the decidedly unmainstream sludge metal genre. Decades and decades ago these guys blended doom metal stylings with elements of hardcore to help pioneer the sludge genre and they’ve never felt the need to compromise or relent. Zero and Below is no different.

The band’s first album in six years finds them trodding over familiar ground that probably won’t draw in anyone who hasn’t already bought into what the band does better than almost anyone else in their specific avenue of the metal world. If you love heavy, uncompromising music paired with heavy, uncompromising lyrics, then you won’t find much to complain about here. This has always been a heavy-as-hell band and that doesn’t seem to be something that’ll change anytime soon, nor would I expect or want it to.

The new album wastes no time getting to the fat, chugging riffs with album opener “The Fear That Binds You.” If you’ve forgotten what Crowbar sounds like during the space between albums, it won’t take long for you to be reminded. The album can feel a little repetitive at times, with some forgettable songs thrown in here and there, but by and large the band’s formula for success is tried-and-true and provides fans with more of what they’re looking for. Songs like “It’s Always Worth the Gain” and “Reanimating a Lie” didn’t do a ton for me, but it’s more of a case of them just not standing out rather than being straight-up bad.

At the midway point, “Denial of Truth” kicks in with the heaviest opening on an album filled with hefty songs. The atmospheric drumming of Tommy Buckley and the space between the instruments, as well as the effects on Windstein’s vocals, make it a patient, methodical beast of a song that doesn’t waste a note. It’s a hell of a showcase for the instrumental prowess of everyone in the band, including new bass player Shane Wesley, and it’s a track that I can see ending highly on my overall ranking of Crowbar songs. That it’s followed up with one of the faster paced songs in “Bleeding From Every Hole,” makes it an interesting track placement that just might give unsuspecting listeners a case of whiplash.
Windstein’s lyrical flair for tales of destruction and pain are evident on songs like “Her Evil Is Sacred” and “Chemical Godz,” but bursts of hope and perseverance do shine through at times. Album closer and title track “Zero and Below” leaves listeners with an appeal to not give up and to “never fade to black.” It’s a striking song and one that feels more legitimate in its plea because you can hear the authenticity in Windstein’s voice. It’s an admirable sentiment to leave listeners with and, for those of us who are firmly in the Crowbar camp, a nice reminder that as long as we are here, Crowbar will be too.