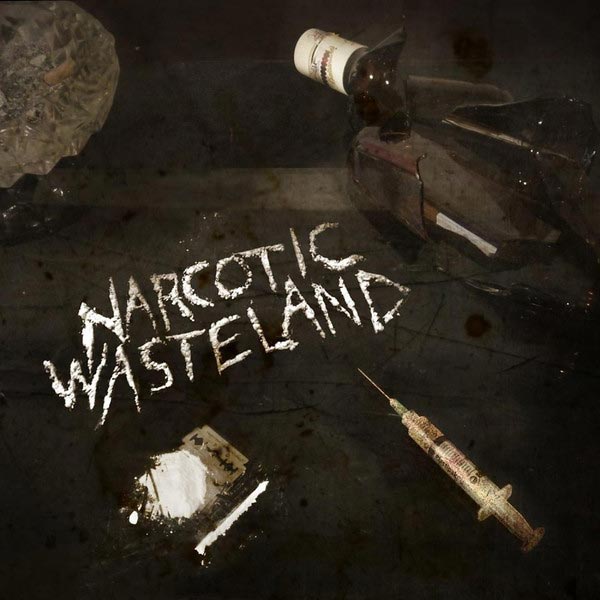 For more than 20 years, Dallas Toler-Wade has been a steadying hand within the world of death metal. The North Carolina-born Toler-Wade first made his name as the guitarist and one of the vocalists behind the otherworldly run that Nile went on in the ’00s through the mid-’10s. It’s no coincidence that Toler-Wade’s first album with the group, 2000’s Black Seeds of Vengeance, still remains the untouched jewel in the Nile crown. During his seven-album run with the group, Toler-Wade was the only consistent member of the group beside founder, guitarist, and vocalist Karl Sanders, and a large part of why that run was so legendary.

First off, tell me how Narcotic Wasteland came about? What was the thought process behind forming this particular band and what’s kept it going strong for the last decade?

DTW: I just had some other ideas I was experimenting with when Nile was not busy with touring or recording. That’s how it all started, and (I) just kept writing for it in my free time and within a year or two I had like nine or ten songs together, but would not be properly recorded or released until almost two years later so it sat there while I searched (for) a drummer who could play the stuff.

You’ve been involved in death metal and the extreme side of metal for decades now. How did you initially get into heavier music and what’s kept it appealing to you all these years?

DTW: Not sure exactly!! I guess I was just on that journey for the next heavy thing in music like so many of us.

As both a musician and a vocalist, who are some of your inspirations, both when you were starting out and that you’ve picked up over the years?

DTW: Pretty much all of the usual suspects. From ZZ Top to Suffocation and everything in between. Most guitar driven music I like very much.

What do you think about the state of death metal in 2022? There’s definitely no shortage of younger bands out there trying to carve out a name for themselves. Are there any newer bands that you’ve been listening to over the last few years?

DTW: I think death metal is stronger than ever. The longer something is around the more people are going to discover it. Unfortunately since I am so busy working on my own music and working a full time job I don’t really have much time to check new releases out. But that is about to change since we are about to be on tour pounding the highway for many miles listening to stuff. Cannot wait!!!!

When you released the self-titled debut for Narcotic Wasteland, there were definitely aspects of it that are reminiscent of your work in Nile but it was anything but a copy. Was that first album a chance for you to try out things that you’d wanted to do before but hadn’t had the chance to yet? How different was it to approach writing that first Narcotic Wasteland album as opposed to the things you were working on with Nile at the time?

DTW: With Narcotic Wasteland there were more elements of thrash, punk, black metal. Yeah, I just had some ideas that I thought would not really work with Nile and overall had a more retro sound with more normal and higher tuning. Honestly, I am not really a fan of super low tuning as it can be more difficult to achieve clarity on the guitar. If I ever did want lower tuning I would for sure use a guitar designed for it like a seven string guitar.

The second album, Delirium Tremens, sounds like a Narcotic Wasteland album but is far from a repeat of the first. You added different elements the second time around and even added a few places where things quiet down a little. What was the writing/recording process like for that one and what was the goal with the second full length?

DTW: When we did the first album I was still in Nile so it was more of a project for fun, and we wanted to maybe do some shows when we were all not busy doing various other projects. By the time I started working on new music I was no longer in Nile so I had much more focus on what we were doing. While there (are) at least one or two songs we will always play live from the debut, the second album sounds much more focused and like a band that is starting to find a sound. We just really wanted to put together (something) we could always be proud of and share with as many people as we could.

Are there plans for a third one and, if so, what would a third outing sound like?

DTW: Yes we have a new album ready for a good long time now actually but just kept writing. We are currently in the recording / mixing process. As far as the sound for me personally it is a great blend of both the current albums with some new ideas, in there as well, expanding our sound once more. Me and Ed (Rhone) have written some of the best stuff we have done. I am really excited to start releasing some singles soon.

What is the writing process like for you for both the music and the lyric side of things? What, to you, makes a Narcotic Wasteland song?

DTW: For me the music needs to be emotionally charged and full of energy. As far as the lyrics, I like to keep them kinda simple and not get too metaphoric, as for me a lot of that is kinda cheesy. The topics can pretty much be about whatever we want to talk about. I have an interest in murder cases and the psychology behind it so there will normally be a song or two on a record that talks about this, or narcissistic behavior gone unchecked. I like to talk about things that are uncomfortable to talk about, and put it right in the listener’s face.

The lyrical content for Narcotic Wasteland is heavily focused around addiction issues from a variety of different angles. Why that subject matter for the heart of the band? Has Narcotic Wasteland provided you an outlet for pain and loss that you’ve felt in your own life? Do you feel like, as a society, we are doing any better with dealing with these issues compared to when the first Narcotic Wasteland album came out?

DTW: Yes addiction has been a focus for sure while we did write about other things. DT was me dealing with my own personal issues, but also dealing with people in my life that actually only cared about themselves and their personal gain, even if it meant fucking over the very people that helped them get to where they wanted. The focus will be different from album to album, song to song. This time there is more about bad behavior and social issues. I am really excited to share what we have been working on the past few years.

Over the years there’ve been some personnel changes in Narcotic Wasteland. What do you look for in potential members of the band and how do you feel about the current lineup?

DTW: We have had some lineup changes over the years for sure. Some people just don’t tour very well or have personal issues that keep them from being reliable. I have to say the current band lineup is much better than lineups of the past. We have never sounded better live. As far as what I look for in a musician, the first thing is you have to be able to play anything from the back catalog very well, and you also need to have a team player attitude. If you have those things then the band is unstoppable. Communication is very key in any band. If there is an issue, talk about it maturely. Ever been in a situation where everyone else but you knows that someone has a problem with you? Yea I don’t tolerate any petty bullshit, that’s a real quick way to get told what to go do with yourself (laughs).

You guys are getting ready to go out on tour with Malevolent Creation. How does it feel to be able to get back out on the road and to do so with another group of genre veterans?

DTW: I think it’s great!! And those dudes have not toured the states in a minute so it will be killer. I am very much looking forward to it.

I know the pandemic threw a wrench in things for most bands (and people in general) back in 2020. How affected were you and Narcotic Wasteland by that?

DTW: Pretty much the way it affected everyone else. So we just kept writing, and I took some guitar lessons and just kept playing the set list of the songs we play live just to stay in shape and have some fun. So once we got to play some shows again last year I was in top form, playing better than I ever had before.

Lastly, what’s next for Narcotic Wasteland and for you? What are you working on now and what can fans look forward to over the next few years?

DTW: We are just going to keep playing shows when we can, and writing music. I personally don’t have much interest in doing any other projects or bands. I do enjoy making guest appearances on other releases that can be fun but my main focus will from now on and forever will be Narcotic Wasteland. I will be here doing musically and lyrically exactly what I want to do.