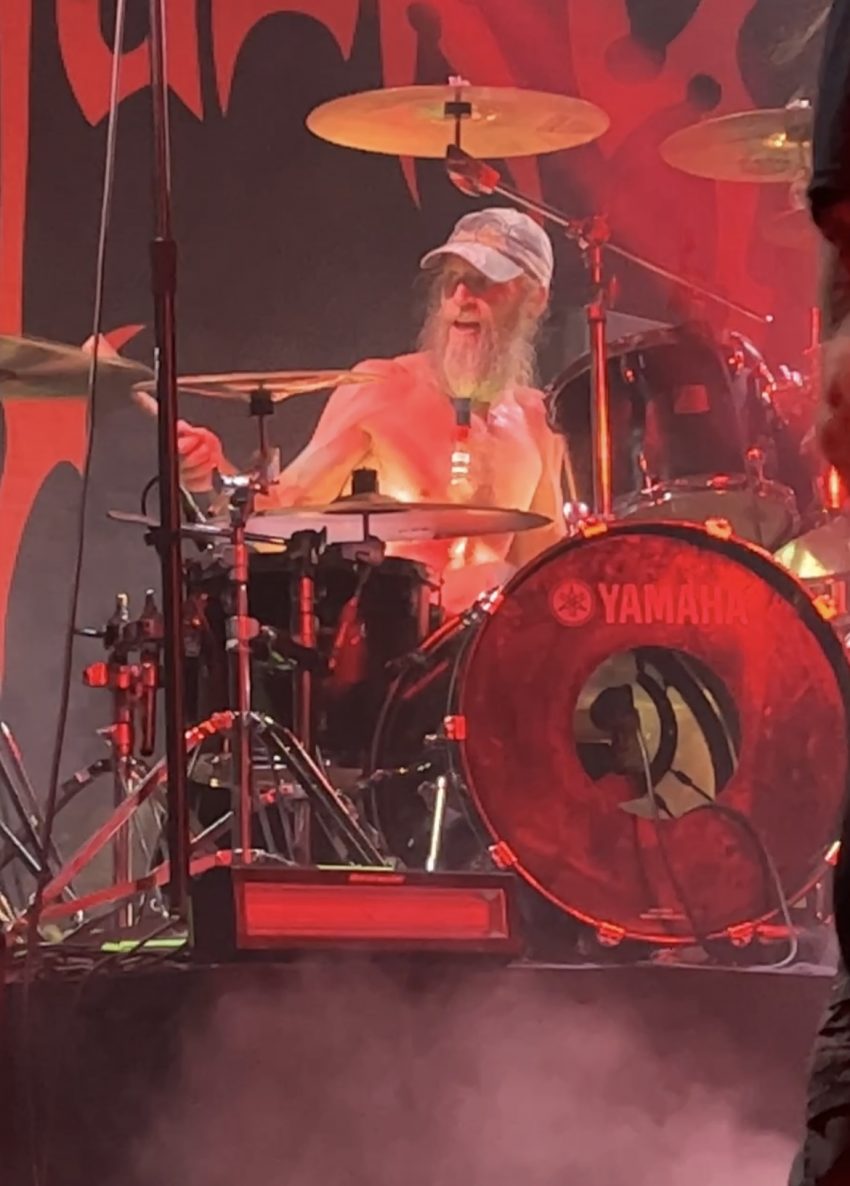 For any devotee of extreme metal, Decibel is pretty much the be-all-and-end-all as far as reading material goes. I’ve been a subscriber for years and Decibel Day is always one of my favorite days of the month. I cannot even begin to tell you how many new and exciting bands that I’ve been turned on to thanks to Decibel, not to mention all the great in-depth articles about pretty much all of my favorite bands. We all missed the previous iteration of the tour thanks to the COVID-19 pandemic (the gift that keeps on giving) so when this year’s tour got announced, I was pretty much jumping on tickets regardless of what the lineup was. Being that it’s Decibel, the lineup was a total dream of SpiritWorld, Enforced, Gatecreeper, Municipal Waste, and Obituary and, when I caught the show at The Forge in Joliet on 2/15/22, the night was well worth the wait.

When you are at an extreme metal concert and the opening band (and a band which I mostly just overheard people say they’d never heard of beforehand) comes out dressed in cowboy hats, Western shirts, and boots, then you know you’re in for either a bold act or a horrifically misbooked band. Fortunately, SpiritWorld is the former. I was a big fan of the band’s debut LP “Pagan Rhythms,” which came out last year, so I was pretty stoked that they got tapped to open on the tour. The band’s unique style of death western, as frontman Stu Folsom christens the band’s sound, is a wild mix of death and thrash with incredibly fun lyrics that are heavily inspired by Westerns and horror. Folsom is a super energetic frontman and had a damn good rapport with the crowd for a band with only one album under its belt. If the way the band won over a skeptical audience when I saw them (not to mention their hell of a fun first LP) is any indication, this could be an act to watch out for.

I mostly liked the band’s albums so far but didn’t really love any of them. As a live act, they bring the energy and really get the crowd engaged. I think this band might be best experienced headbanging your way through their live sets. I was entrenched at the front against the barricade but from what I saw, there wasn’t anyone around that wasn’t engrossed by Enforced.

Gatecreeper did absolutely nothing but reinforce my belief that this is a band to keep your eye on. Their first few albums have been solid slices of Swedeath brutality and hint at even better things to come (I wholeheartedly don’t think this band has released its best album yet and, when they do, look out Bubba). Pretty much every subgenre of death metal is a crowded field with, conservatively, around five thousand bands battling it out for your attention. Gatecreeper is a band that should earn that attention and cause you to sit up and watch out for them. Although they’ve only been around for less than a decade, the band composes itself live like true industry veterans (which, with the lifespan of some of these bands, I guess they kinda almost are at this point). Chase Mason is a great death vocalist and absolutely fucking crushes live. The sweet riffs laid down on the albums are killer and, in a live setting, perfect material to headbang along to. With skulls and chains adorning the stage and the band blasting its punishing, brutal tunes at you through a haze of smoke and wildly changing lights, Gatecreeper is a band you definitely won’t be upset that you made an effort to see.

Not to be trite, but a Municipal Waste show really does feel like one of those parties that’s raging out of control and that might burn down the house (and neighborhood, state and, maybe, country) at any minute. I’ve been a fan of the Waste for some time but never got to see them live so I was pumped when they were announced for the tour and the boys did not disappoint in the least. Tony Foresta and the rest of the guys were in total control of a wild crowd that was, in and of itself, totally out of control. Thrashers were passed around the top of the crowd almost the whole time, people did moonsaults off tables, idiots who’ve been told too many times not to stage dive were kicked out, wizards crowd surfed from front to back and back to front again…you know, a normal night partying with the Waste. After the last few years, don’t we all deserve a night partying with the Waste? Fuck yes we do.

Almost 40 years (!!!) into their career, there’s absolutely no thought about writing an obituary for Obituary (I promise, no more shitty puns). If you’re a death metal fan, then you shouldn’t need me to point out just how goddamn influential and respected Obituary is within the genre. That status was earned through a series of crushingly great albums that still stand as some of the best things anyone has ever recorded. Not only did they help define cultural expectations for death metal as a genre with their earliest releases, they continued to pump out solid album after solid album for decades. All that said, when I got to see Obituary headline, I kinda got the same awestruck feeling while watching Don and John Tardy stare each other down next to Trevor Peres during “Threatening Skies” that I did the first time I saw Rob Halford live with Judas Priest.

As a live band, it’s wild that these guys have been around for almost 40 years (again, !!!). The founding members remaining (the Tardy brothers and Peres) all had the enthusiasm and energy of a band playing its first major headlining tour. It’s wild to see a band this energized by its music but Obituary definitely was and the audience took note with plenty of headbanging and crowd surfing throughout the show. The stage show was pretty simple with some cool fog and lighting effects. It was understated and put the full focus on the music, which the band was more than happy to deliver in crushing blows picked from the entire career. There wasn’t really an album that was overrepresented in the setlist and the mix of songs and the placement of them within the set led to a hell of a career-spanning show. If you love death metal and you have a chance to see Obituary, do everything in your power to get out to a concert. There’s nothing in the world like a great death metal show and these guys’ impressive, decades-long reign at the top of the mountain doesn’t look to be ending any time soon.