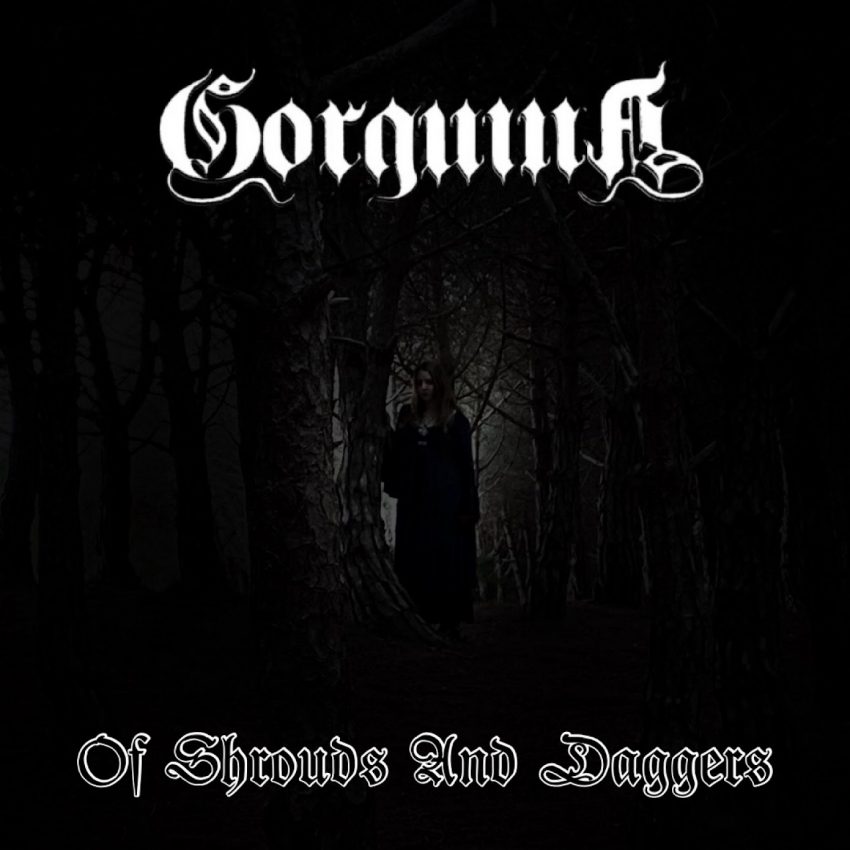 Atmospheric black metal bands tend to be a dime a dozen. For every genuinely exciting release, there are five or six more littering release days that sound frustratingly similar. I’ve heard a couple this year already that just didn’t excite me in the least or do enough to differentiate themselves from other bands out there at the moment. With that in mind, you’ll excuse me for being initially skeptical when Of Shrouds and Daggers, the debut by relatively new Spanish black metal band Gorguina popped up on my radar. Sometimes, my jaded ass loves being wrong though.

Opening track “Summoning of the Muses” is a slow, moody beginning that finds a female voice whispering over symphonic piano in what sounds like a dark, dank cavern. This leads nicely into the pounding drums and waves of riffing on “Humwawa of the South Winds.” This is also where the harsh vocal style of the album kicks in. It’s a solid delivery that very much feels indebted to your standard black metal style while also adding enough variation throughout to feel original.

“Befouling Shrieks,” the album’s third cut, starts off with an atmospheric riff that has a deep groove that pairs nicely with more guttural vocals warning of the end of existence. The song slowly picks up pace as it goes along until it is blasting out rapid fire drum beats and riffing before slowing it down again by the very end. It’s an organic build that showcases the band’s adeptness at songwriting and propensity for interesting compositions. To me, it feels like the strongest track on the record and a real calling card for what the band does best.

“The Veil of Condescension,” the record’s penultimate track, starts with spoken vocals that should remind any listener of later period Rotting Christ. The song itself is one of the stronger tracks on the second side of the album and another case of the band playing around with tempo changes to create an interesting composition that will keep listeners guessing about what is coming next. Album closer “Interitus Opera” ends the proceedings on a high note. The slowly plucked guitar notes throughout the song lead organically into chasmic, spaced drums while wind howls in the background. It’s a cool closer that adds a little Spanish flair to the traditional black metal sound and that really stands out as a wholly unique track.

The album definitely feels more frontloaded than anything as the back half has a few songs that feel a little on the repetitive side but that’s kind of to be expected from a young band. Still, there is a lot to like throughout the album and plenty for Gorguina to build on. The passion for the music shines through on the release and Of Shrouds and Daggers shows a band that knows how to write a black metal song that sticks with you. It will be interesting to see where Gorguina takes this project from here but, if the debut is any indication, they are definitely a band to keep an eye on going forward, no matter how jaded you might be.