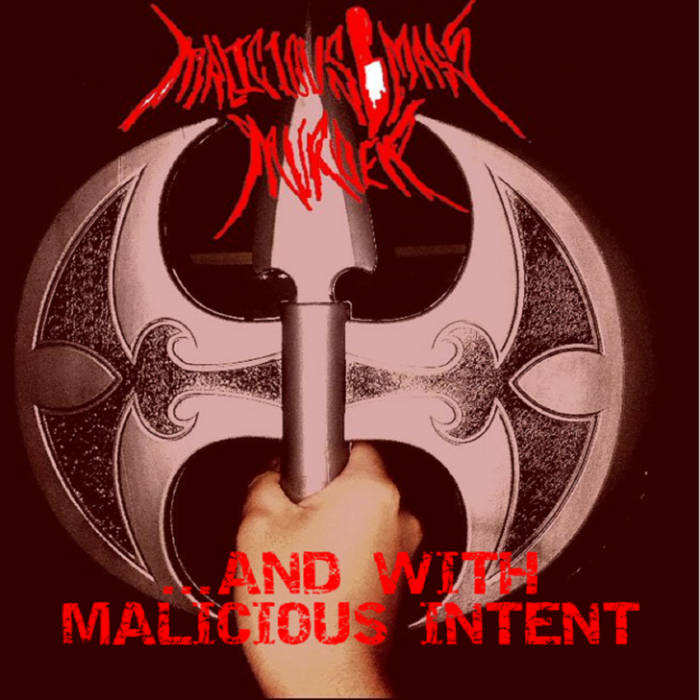 Overkill is a word that doesn’t hold much meaning in the world of extreme metal. You want the riffs heavier? You want the lyrics gorier? You want the tempos faster? It seems like, within extreme metal, there’s a place to take whatever excites you to the highest degree possible and then break past that level. For most bands, mass murder would be a hell of a brutal band name but no one is batting an eye when a band makes sure you know that they’re not just about any mass murder, they’re in for Malicious Mass Murder.

The Texas-based band Malicious Mass Murder, at least in its current form, pretty much wouldn’t exist if it weren’t for the internet. Thanks to the wonders of technology, two dudes from states far apart are able to put together some of the sickest sounding Mortician-inspired riffs out there and release it to audiences worldwide. I’m not certain this is what the minds behind the web had in mind, but you’ll hear no complaints from me. I recently talked with the band about its formation and creating music in the digital age.

First off, I’m always curious about the origin of bands. How did you guys meet and decide to form this particular band? How did you decide on the name?

Elliot the Entombed: Well it started as a solo project at first. After releasing the first full-length on Bandcamp, I was just talking about it to my friends and one of them just offered to play for the band. By the way, I should probably mention I don’t know him in real life, he lives in Illinois, we’re just friends on social media. I came up with the name while bored in Spanish class. Fun fact, it was originally “Mass Malicious Murder” (laughs).

What got you guys into extreme metal in the first place and who are some of your big influences?

Elliot: I pretty much just started with the mainstream bands and then went deeper and deeper into the rabbit hole. When I met the bassist, he already (dug) stuff like Dying Fetus and Suffocation but I got him into Mortician and stuff.

What is the music writing aspect of things like? Has it changed at all as time has gone on?

Elliot: Nah not really. I mean we’ve really only existed for like a couple months now.

In general, genre classifications can be very limiting but they feel especially pointless with a band like yours. How would you describe the Malicious Mass Murder sound?

Elliot: Schnasty fukkin caveman riffs! OUGH! In all seriousness, we’re tryna sound more like Mortician with some other influences thrown in there.

What is the lyric writing aspect like? What, to you, makes an effective Malicious Mass Murder song from a lyrics and themes standpoint? Do you have a set process to get the words flowing when you write lyrics or anything that you like to use for inspiration?

Elliot:Ima let you in on a secret, I do the vocals first and THEN the lyrics. Whenever I write the “lyrics” I just try to make it sound like it goes with the vocals. Usually I just write about sick murders and stuff, just whatever pops up in my head. Horror movies are also a big influence (see “Viscera Evisceration”).

You guys clearly are fans of gore/horror. What appeals to you about the darker side of life? Horror and metal really go hand-in-hand!

Elliot: It’s just fuckin nasty dude. Plus old school horror movies are debatably the funnest type of movies to watch. I agree, horror and metal go together like eyeball jelly and toast. (No, that totally wasn’t a Shrek reference, shut up!)

Looking at your Bandcamp lineup, it looks like it’s just the two of you. Does that have any benefits or challenges as opposed to a traditional lineup?

Elliot: Honestly no not really. Programming drums are a bit of a pain in the ass sometimes but our lineup is really working out for us.

What was the process like for recording your debut, …And With Malicious Intent? Were there any particular challenges to getting your sound down on that first full-length? How happy are you with the final product?

Elliot:The first song I recorded for that album was “Toilet Toad.” I just did it one day because I was bored and decided to upload it to YouTube under the Malicious Mass Murder name and show it to my friends. They fuckin’ loved it so i just kept going. There weren’t really any challenges on getting the particular sound, if anything I kinda made it by accident. I wasn’t trying to make a noisecore release but alas. I used to kinda hate how it turned out but nowadays I like how fuckin violent sounding it is.

I love that you guys covered “You Suffer.” How did you decide to do that one and what appeals to you about Napalm Death?

Elliot:The bassist is a big fan of Napalm Death. We just decided to cover “You Suffer” because we thought it would be kinda funny.

How affected was the band by the pandemic, either in terms of playing live at all or in getting music recorded?

Elliot:This project was started AFTER the pandemic was this huge… craze I guess. Like I mentioned earlier, the bassist doesn’t even live in the same state as me so playing live didn’t really cross our minds. In terms of recording, since we record everything in our bedrooms it all works out fine, we just send each other the tracks over Discord.

Texas has been putting out a lot of great extreme metal releases in the last few years. What’s your local scene been like for you guys and what is it about your area that makes it such a fertile ground for extreme music?

Elliot: Ima let you in on another secret, technically I don’t live in Houston, I live in Katy. It fuckin BLOWS here, I swear Katy is like the least metal place in Texas. We only have like 2 bands to my knowledge and both of ’em probably already moved back to Houston. With all that said, Katy is so close to Houston and so small in comparison to it that I sorta just consider Katy a part of Houston. Houston’s tumor if you will. I still consider myself part of the Houston scene and I’m friends with a lotta people from it on social media. I think the reason why Texas is such a huge breeding ground for extreme metal is because it honestly kinda fuckin sucks to live here. Weather’s ass, our state government fucking sucks (FUCK GREG ABBOTT!) and theres a lotta iffy people here. I think extreme metal is just a good way of expelling all those negative emotions. Or it might just be because we have Devourment here (laughs).

Lastly, what’s next for Malicious Mass Murder? What are your goals for the future of the band and the coming year or so?

Elliot:Get more brutal, more nasty, more groovy. We’re gonna aim to be more Mortician derivative but still have those other influences sprinkled in there. I wanna be able to play live n shit (despite the bassist being based in Illinois) and we’re also gonna try to get another full length out in the future. At the moment though, I’m taking a break from MMM to work on other projects (wink wink). Thanks for having me, this has been Elliot the Entombed from Malicious Mass Murder. Stay sikk everyone and remember, NO DJENT, NO (METAL)CORE, NO SHRED, ONLY RIFFZ!! GRIND ON!