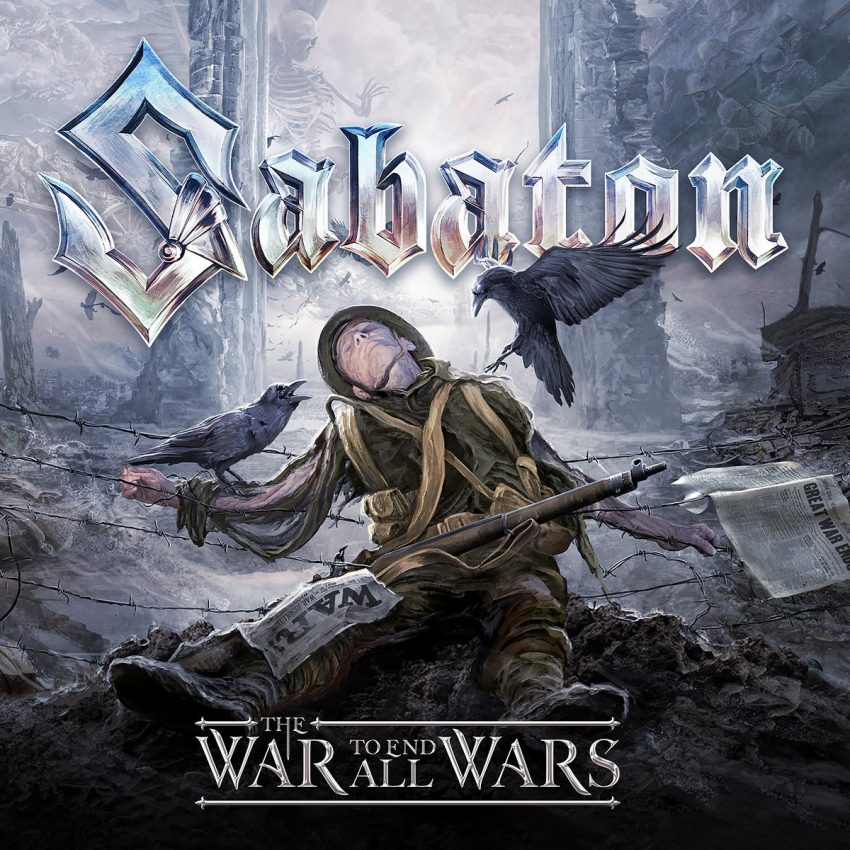 Depending on how you look at it, there’s either never been a better time or a worse time for a new Sabaton album. The band’s tenth longplayer, The War to End All Wars, is, unsurprisingly if you’ve even halfway paid attention to the group over the years, another collection of songs about war. That this one, which focuses on World War I, is being released during yet another bloody and barbaric conflict on the European continent is highly unfortunate but nothing you can blame the band for.

Sabaton are anything but warmongers; they’re more like whatever dorky dad, uncle, stepdad, father-in-law, etc. history buff that you have in your life. Need more proof outside their lyrics? Check out their YouTube where they dive into the history behind the songs. It is, as mentioned earlier, incredibly dorky but also highly endearing. There hasn’t been a Sabaton album that I’ve loved but there’s also never been one that I’ve really disliked. You know exactly what you are getting when you spin a Sabaton disc: catchy, if occasionally forgettable, power metal about historical wars.

The War to End All Wars is no exception and definitely won’t make a believer out of you if you have found the band’s discography lacking so far. This is a band that found a comfort zone a long time ago and has never ventured outside of it. This is another case of the band preaching to the choir but, if you’re a fan already, I don’t see how you couldn’t have a blast with this album.

“Stormtroopers,” the opening and best track on the album, starts the proceedings fast and furious. It’s a catchy-as-hell tune that’s going to absolutely kill live and it’s not alone on that front. “Race to the Sea,” “Christmas Truce,” and “The Unkillable Soldier” all have infectious, sing-along choruses that Joakim Brodén is going to have no trouble using to fire up a crowd. Songs like these are a large part of what makes Sabaton an incredibly fun live act.

The band does mixes it up a little at various points on the album without straying too far from the path. “Soldier of Heaven” has some synth work that harkens back to 80s power metal and “Christmas Truce” is a pretty effective piano ballad that’s sure to get stuck in your head if it didn’t back around the holidays. “Hellfighters” isn’t out of the ordinary for the group but it’s a cool song inspired by the Harlem Hellfighters, an all-Black unit that saw all its members receive the Croix de Guerre from France for their bravery during the war.

The album isn’t without its missteps and odd decisions though. There’s a late album lull with songs like “Lady of the Dark” and “Valley of Death” being mostly skippable. “Dreadnought,” the album’s second song, is pretty forgettable as well. There’s also a spoken word bit in “Versailles” that features a WWII tease that I still can’t decide if it works or not. That being said, the good more than outweighs the bad here and if you’ve already enjoyed going into battle with Sabaton before, I would be shocked if this latest return to the fray isn’t a welcome addition to your musical arsenal.