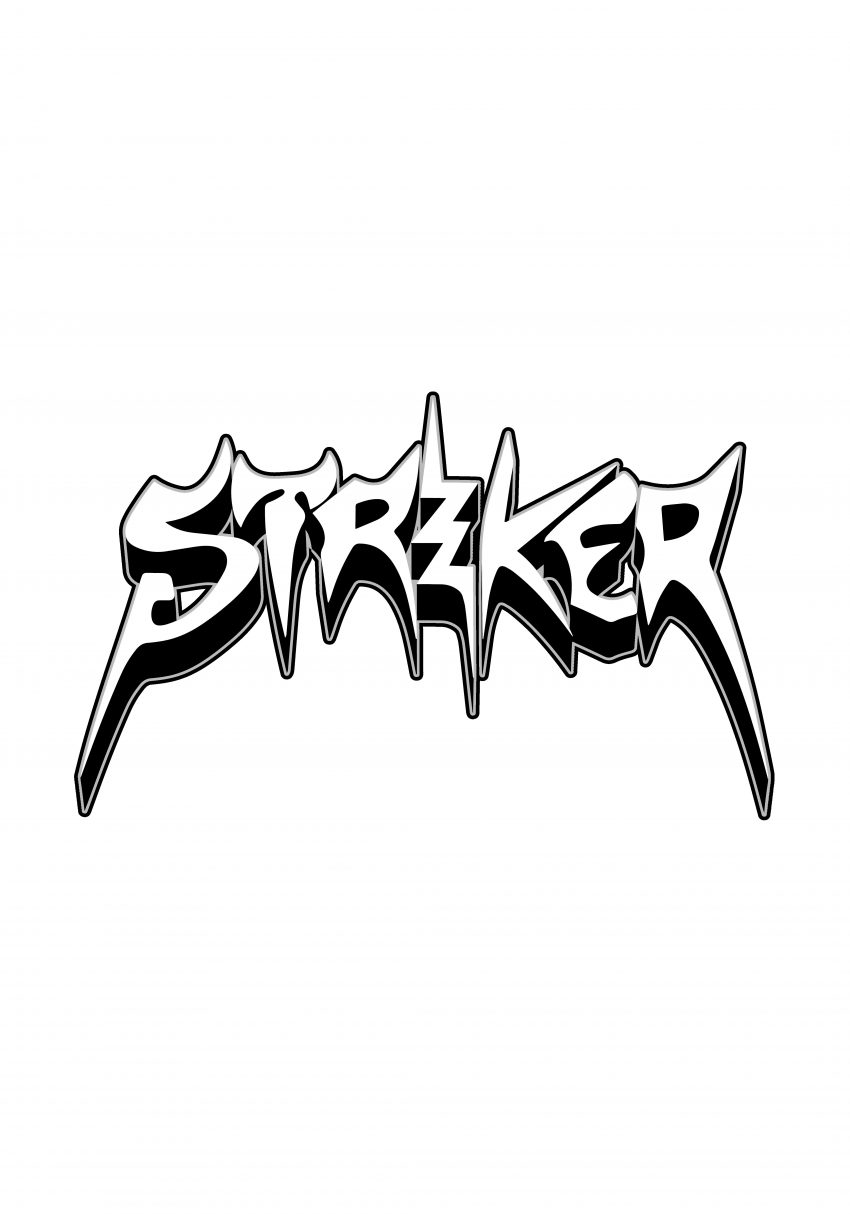 Over the last stretch of years, Canada has been pumping out worthwhile heavy metal albums with some frequency. Thrash, death, black, power…all genres of our beloved art form have been thriving in our neighbor to the north. There’s no shortage of Canadian metal bands out there making a name for themselves and making noise across the continent. Within the realm of traditional-inspired metal, Striker has spent more than a decade carving out a name for themselves with their evolution from thrash heroes to bearers of the torch of classic heavy metal.

Striker, formed in 2007 in Edmonton, Alberta, Canada, has honed it’s craft over six full-lengths, an EP, and a live album. Along the way, the band has won a Juno Award for Heavy Metal Album of the Year in 2020 for their 2018 album Play to Win, and built a strong international following with their classic heavy metal sound. For fans of the band, there are still plenty of chances to catch Striker as they trek across North America with Beast in Black and Seven Kingdoms. I recently caught up with vocalist Dan Cleary to discuss the band’s history and what has kept Striker running all these years.

First off, how did the band get started?

Dan: We started the band just out of high school. We were just dudes that were into heavy metal and wanted to shred. Being in a band is sick.

You guys have been going strong for 15 years here. What’s kept the creative fire burning throughout that time?

Dan: There’s lots of awesome new music coming out that keeps us inspired. We’ve always loved writing new music. I think the hardest part is trying to find something to write lyrics about.

What got you guys into metal in the first place and who are some of your influences?

Dan: Most of us are guitar players so we all were looking for more and more extreme guitar playing and metal just seemed to have the best shredding. Pretty sure we all started with some classic rock stuff on the radio like Boston or whatever and then worked our way into the heavy stuff.

What is your writing process like for the music side of things?

Dan: We usually work on ideas individually and then once we have some good ideas we work on them together. Seems like that’s pretty common these days. We might start trying to write more altogether though.

What is your lyric writing process like? What do you set out to do when you sit down to write a Striker song?

Dan: Honestly, it’s always different. Sometimes the lyrics just come to you out of nowhere or just come up in everyday life. Then you gotta get in the rhyme zone and make it all fit (laughs).

You guys initially had more of a thrash-inspired sound on early releases but have recently gravitated to a more traditional heavy metal sound. The evolution feels very natural to me and doesn’t feel forced, which it sometimes can when bands switch it up. Was that a conscious choice or did you guys just find yourselves gravitating naturally away from the thrashier elements as time went on?

Dan: Yeah, we’ve always had a bit of both going on but in the end, we felt like we were better at the more melodic heavy metal stuff. Plus our drummers are lazy and don’t want to have to play those fast songs any more (laughs).

Between 2010 and 2018, you put out six releases in eight years. Between the debut, Eyes in the Night, and the most recent LP, Play to Win, how do you feel you’ve grown as a band? When you step into the studio to record now, are you more comfortable with exactly what you want to accomplish and how you’re going to do it?

Dan: We just do our thing. We’ve learned a lot along the way and just have fun with it. We’ve grown a lot in finding out what stuff we are good at and what we suck at and try to lean into the good stuff.

Play to Win received the Juno Award in 2020 and is a hell of a fun album in general. What was the writing/recording process like for that one specifically? How did it feel to win the Juno Award?

Dan: For Play To Win, we recorded most of it in my basement “studio” and recorded the drums at The Audio Department here in Edmonton. Then we sent it out to Henrik Udd in Sweden for mixing and mastering. Winning the Juno was awesome, although we weren’t able to attend in person, it was still a great experience.

Tell me about the recording process for Alive in the Studio. That seemed like a fun project. How did that come about and what was recording it like?

Dan: It was great. We recorded once again at The Audio Department and filmed it. We just felt like at the time it would be a cool project and we were between albums. Recording it was great, really good vibes, and a couple of beers.

COVID kinda changed everything overnight for pretty much everyone. How badly was the band affected by it and what’s it like to finally be able to hit the road again and tour?

Dan: At first it was ok, we had the Alive in the Studio stuff coming out but eventually, we started to feel the strain of waiting around for things to end. We are stoked to get back on the road, it’s been a long time coming.

What’s it like to be on a tour with Beast in Black? They’ve been making a lot of noise the last few years so it feels like a great opportunity to get you guys in front of some decent crowds here in the States.

Dan: So far it’s been great, other than the slight hiccup of their singer not being able to make the first three shows. We are two shows in right now and it’s been a blast.

What’s your local metal scene like up there in Canada and how has it helped the band gain a foothold amongst fans?

Dan: The scene in Canada is excellent. There are so many awesome bands, and although we are pretty spread out, it’s a pretty tight community we’ve got.

Lastly, what’s next for Striker? What are your goals for the next few years of the band?

Dan: We will eventually put out a new album, hopefully sooner rather than later. Other than that, we are off to Europe again in the summer for some sick festivals and a few headline shows.