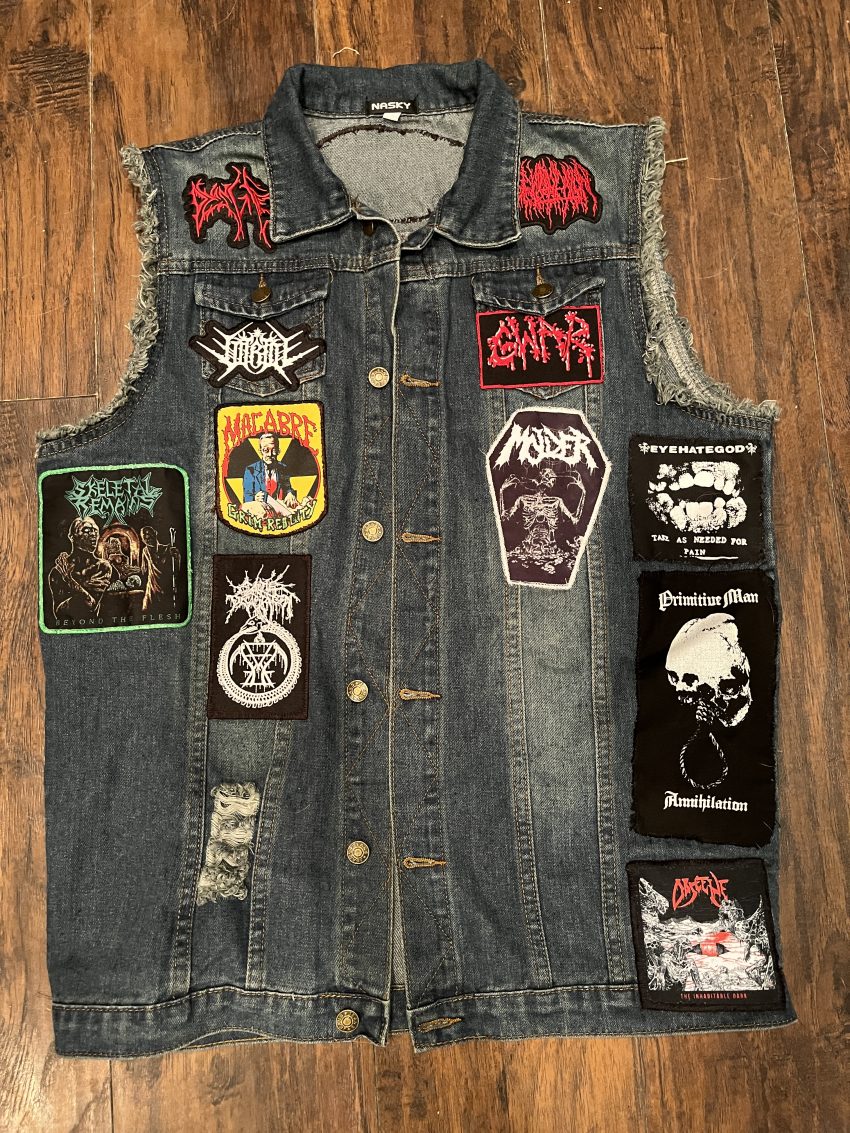 We here at Metal Plague believe in living by the code and dying by the code. What code are we talking about, you ask? Well, that’s where these sections come in. The Code is a regular feature on the site where we lay out the rules and standards that we live by in an attempt to help our readers better understand where we are coming from. We aren’t saying that you have to follow our specific code (would you really be the cool, freethinking individual that you are if you followed everything randos on the internet told you to do?) but we feel that it’s important to explain why we think the way we do. If nothing else, these sections will help you understand our logic behind what we say before you yell at us for disagreeing with you.

These Code sections cover everything from what makes a great record to how to be an ethical consumer of music to what makes a band worth seeing live and anything and everything else that we live by when it comes to the world of metal. Everyone should have a code of their own. We aren’t telling you to live by ours, although we do think it’s a pretty damn good one if we do say so ourselves (might be a bit biased here though, hard to tell). First up, our rules and regs for battle jackets.

What is a battle jacket?

You’re on a metal site, you should damn well know what a battle jacket is! For those of you not in the know though, a battle jacket is a denim or leather (preferably fake leather) vest or jacket that the wearer adorns with patches, buttons, pins, drawings, spikes, etc. to show off what it is that he or she loves. Different subcultures are known to wear battle jackets but they are mainly associated with punk and metal fans.

If you’ve been to a show, you’ve undoubtedly seen plenty of heshers sporting battle jackets full of patches and whatnot of their favorite bands. Sometimes battle jackets look incredibly ordered and planned out, sometimes not so much. How do we decide what goes on a battle jacket? Read on for our Metal Plague house rules on battle jackets.

Only metal band merch goes on a battle jacket. Death, black, groove, djent, power, grind, prog…it’s all metal and is totally fair game for the jacket. Mix and match genres all you want or make one just for a certain style, like death or black metal. Either way, as long as it’s metal, it can go on the battle jacket. You love the Circle Jerks? Awesome, you’ve got good taste. Make a hardcore punk jacket though.

Patches are for bands that you’ve seen live. This is the rule that causes us the most personal pain but rules exist for a reason. If you’ve made the effort, spent the money, bought the ticket, taken the time, battled the crowds, and seen a band live, you’ve earned that patch on the jacket. Think of these as little metal merit badges that you’ve earned in way more fun ways than when you earned your Boy Scout badges in your friend’s uncle’s weird garage. But Metal Plague, what about Slayer? They don’t tour anymore and I never got to see them! They’re my favorite band, you assholes! Read on.

Buttons/pins are for bands that you’ll never get to see live. Do you know how much I’d love to slap a Bathory or a Death patch on my jacket? Alas, that shit unfortunately just isn’t in the cards. That being said, maybe you named your weird little rat-faced dog that you found on the side of the road Lemmy and wanna show off your love for Motörhead. That’s where buttons and pins come in. Throw as many different band buttons as you want on that jacket and call it a day.

Sew the patches on yourself. This is not your mommy’s battle jacket or your girlfriend’s battle jacket. If you love a band enough to put them on your jacket, take the time and sew that patch on yourself. It’s totally cool to have someone help you or show you how, but do the work yourself. This rule obviously does not apply if you have any kind of physical impediment to sewing.

Whenever possible, buy the patches from the bands directly. This could be from their merch table, their Bandcamp, their website, their label, or wherever a band peddles its wares. If a band’s music means that much to you, try and directly support them whenever you can as a way to say thanks.

Never, ever wash the battle jacket. Yes, it’s going to start to have a faint smell of smoke and beer after a while but that’s part of the appeal, right? Spray yourself down if you want but don’t wash the jacket since that’ll make the patches and whatnot get weird after awhile and keep you way cleaner than a metalhead should be. It’s gotta accumulate that sweet show stink that’ll be sure to impress the ladies or fellas with your fearsome musk.

Talk with other people about their jackets all you want, but don’t be a dick or judgmental to them. Yeah, kind of a 180 for a list about what to do and not do about a battle jacket but in pretty much every situation, not being a dick should just be S.O.P. That person with the Green Lantern patch might have put it on there because Hal Jordan kept them from killing themselves or got them through a rough time so don’t be a prig about it. If you wanna make fun of someone’s Yngwie Malmsteen patch (you do, I know you do), then do it on the way home where the person can’t hear you.

Know something about the bands you are repping. If you put a patch on the jacket, make sure you’ve listened to a few of their records and really dig them. We would never break rule seven but there are a lot of uncivilized fools out there who want to play patch police to you in person so having a working knowledge of a band you are showing off can save you some embarrassment down the line.

Back patches are for the bands that really mean a lot to you. If you kinda like a band but mostly just one record or a few songs, maybe keep them to a patch and save that big spot for someone that is an all-timer for you. You’re giving up a lot of real estate on a back patch so make sure it’s a band that’s worth the spot.
There you have it and if you’re looking for a set of rules for battle jackets to help you look like a right proper thrasher out there at your next show, you could do a lot worse than these. That being said, we’d love to hear what your thought process behind your own battle jackets is. Drop us a line in the comments and while you’re here, check out our live reviews of Nile and Obituary’s latest tours. You can be damn sure our battle jacketed asses had a blast at both shows.