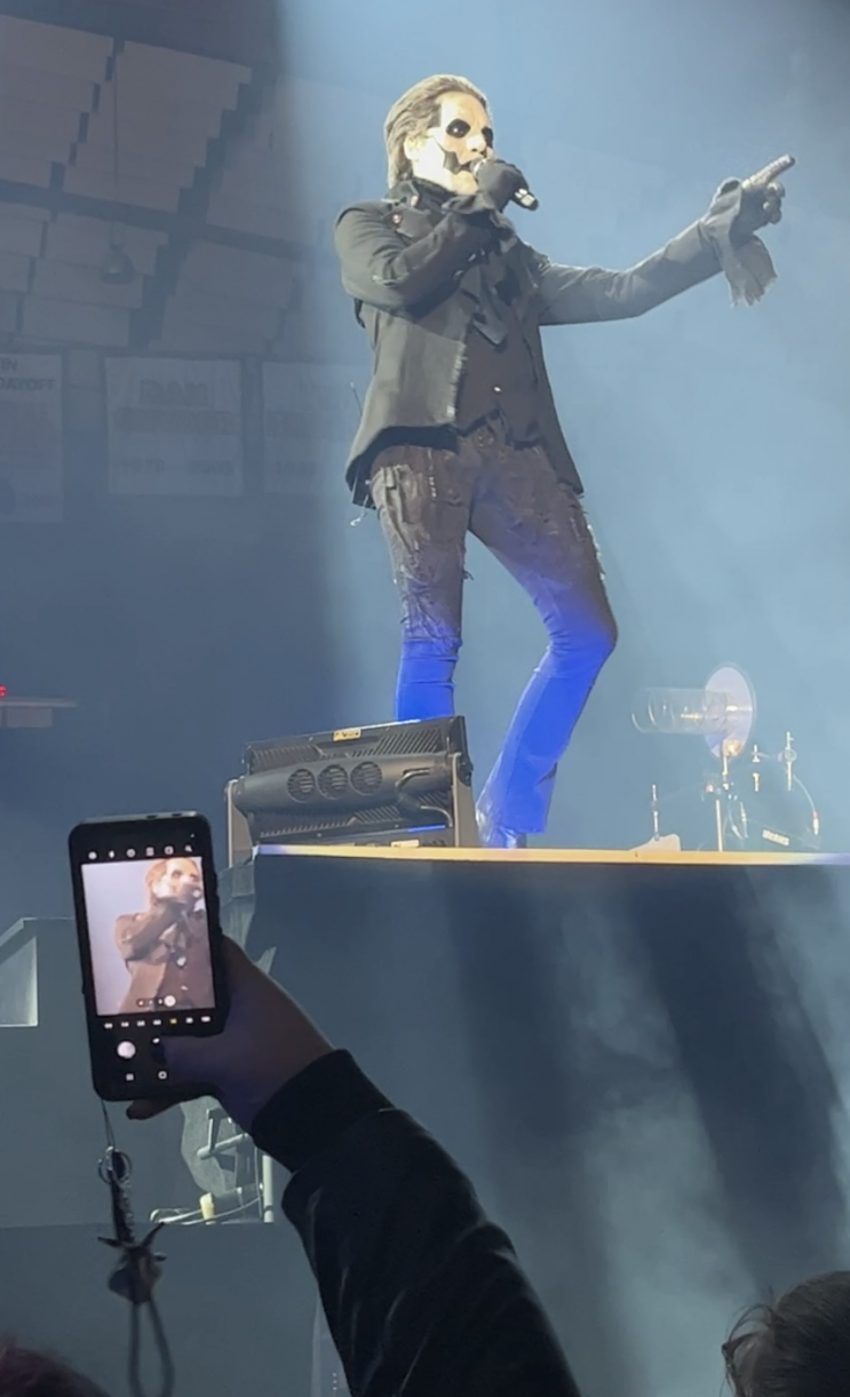 We’ve all been there. You’re at a concert, having some brews, having a blast, having a headbang, when all of a sudden, a turd rises to the top of the punchbowl and ruins your good time. This turd takes many forms but in the end the result is always the same: a bummer of a night and a fun show experience ruined. Sometimes the turd is an idiot trying to fight and shove outside the pit, sometimes it’s someone blocking rows of people with their phone, maybe it’s just a group of idiots that really have no business being there talking over the music about whatever vapid shit they think is more important. It doesn’t matter what it is but at the end of it, a turd is a turd and you don’t want to be a turd.

For this second installment of The Code, we are taking a look at the rules for being a good concertgoer. The first piece in this series, covering rules for battle jackets, was a little more of a loose, personal opinion type of explanation for our rules on what to do and not do with a battle jacket. What you choose to wear, ultimately, has little to no effect on the people around you so that piece, while it is near and dear to our hearts, is more of a fast and loose collection just for fun. There’s really not much you can do wrong with a personal expression thing like a battle jacket (unless you’re putting Nazi symbols or something on the vest, in which case, take Jello Biafra’s advice and fuck off). For this one though, this feels like a more set in stone collection of rules so that you don’t ruin someone else’s night out. These have been compiled by attending countless shows of all kinds. From mainstream fests to small, local death shows, we’ve hit them all. That being said, there very well could be things we’ve missed or experiences that we are discounting. That’s not on purpose, that’s just because this is coming from personal experience. So, if there’s something we missed, hit us up in the comments and let’s get the discussion going. Now, pay attention! These are important.

First and foremost, everyone is there to enjoy live music so leave your judgement at the door. I was at a Judas Priest show recently (sweet Satan they’re never anything less than phenomenal live) and the guy behind me was dropping some real doozies to the bored lady he brought with him. A few sample chestnuts: “I’m better than these other people here, I’m just here for something to do. Look at these people.” “I can’t imagine going to a Slipknot show. All those people there just want to fight and do drugs.” “Metallica is the hardest band I’ll listen to. Anything harder isn’t even music.” That’s not even including the homophobic bullshit that I’m not putting in print. Suffice it to say, don’t be like this douche. If you wanna be an asshole, that’s your Constitutional right but man, keep your horseshit confined to your ride home where the rest of us don’t have to hear it.

I’m not sure there’s a topic that’s more divisive than this one but cell phone videos are totally fine, for the most part. You paid to go to a show, take videos or photos or whatever. They’re cool to share with friends and great to look back on to remember the night. The main way you can fuck this one up is by blocking other’s views. If you are in the back or there’s no one behind you, hold that phone as high as you need to get that footage. If you’re in a crowded group though with people behind you, don’t put it over your head. The only real issue I have with cell phone vids at concerts is when you getting one ruins someone else’s view.

Let people through when they need it. If someone needs out of the row you are in or past you in a standing crowd, don’t be a dick. It takes you two seconds to move and let them through and it’s not ruining the song for you. Also, you never know, blocking someone for an extra five seconds could land you in puke town so just play it safe.

The pit is for moshing, shoving, shoe whipping, whatever. If you are far outside the pit, don’t start getting physical. People are outside the pit for a reason and that’s that they want to watch the show and not get wild. It’s one of the shittiest things you can do and one of the easiest ways to ruin someone’s night when you start shoving in the middle of the crowd. Also, it makes it seem like you’re too scared to get into the actual pit so if you wanna shove and whatnot, nut up and get in there.

Full conversations over bands is rude to your neighbors and disrespectful to the band. I get it, I’ve been to numerous shows where I couldn’t give less of a shit about the opening act but I sit or stand there and watch. Someone there is a fan of the band and, even if they aren’t, these people have taken the time to figure out the hellish logistics that go with playing a show and I’m damn sure going to repay them with my attention. If you need to say something logistical to a friend or whoever, that’s fine, but the amount of totally unrelated conversations I have overheard being yelled near me is mindblowing. Unless you’re seeing Tool, the set isn’t going to last that long so just wait.

Jesus Christ we are all out of kindergarten now so I cannot believe I have to even include this one but don’t fucking cut in line. I get it, merch lines are chaos incarnate but you know where it ends and if you don’t, I’m not sure I trust your critical thinking skills enough to want you on the road after the show.

The venue isn’t your house so don’t treat it like it is. If you want to toss beer cans and piss on the floor of your house, all the power to you. Treat your home like a fucking Rob Zombie movie for all I care but don’t throw shit everywhere and destroy a venue. People have to clean that and I can guarantee you they aren’t being paid enough to pick up after you.

Women aren’t at concerts to get hit on, don’t treat it like a singles bar. There’s nothing more annoying than a drunk dude thinking he’s Satan’s gift to women ruining the night with his sad attempt at running game on a poor, unsuspecting lady trying to enjoy a show.

Don’t shove your way to the front. If you want to be up front against the barricade, then get there early. When those spots are filled, they are filled so don’t be a dick and shove or push your way in.

Be into the show. Whether it’s clapping, headbanging, cheering, or whatever, show the band that you appreciate their efforts. Performing isn’t easy, even for bands that have been doing it for decades, so show them some love.