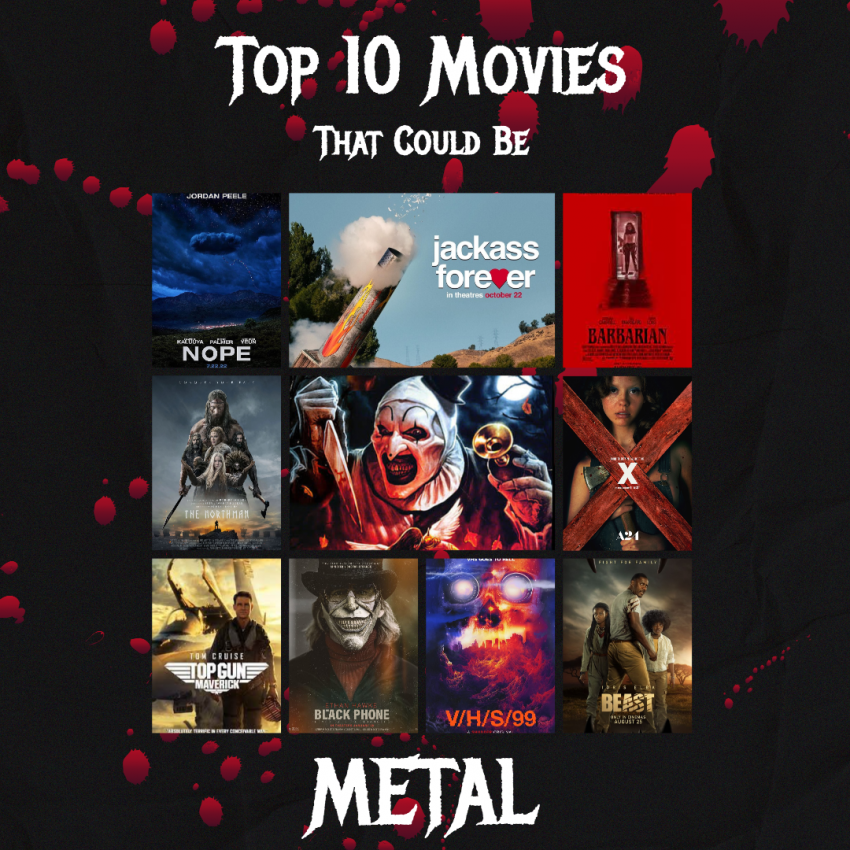 I have to admit, this is one of the things I’ve most been looking forward to when I started this site. I absolutely love end-of-the-year lists. There’s something about people making definitive statements about the art they loved over the past year that has always interested me. Agree or disagree with them, they always provide plenty of conversation fodder for people interested in the art form that’s being ranked. You know damn well that you’ve smugly smiled at a list that lines up with yours or spent way too long bitching about an end-of-the-year list that doesn’t quite make sense.

To close out the calendar year of 2022, we’ve got lists and rankings galore that we’ll be rolling out all week here. If you want our best albums of the year, we’ve got you covered. Top songs? Check. Best sets we’ve seen? Done. Debuts that kicked our ass? Stay tuned. Other than that, we’ve also got some fun stuff just to break things up and keep things loose. First up is one that I thought about more and more as the year has gone along: movies released in 2022 that would be perfect as metal albums. These aren’t necessarily my favorite movies of the year (although some are!) but they are the ones that I thought would work the best as metal albums.

Before we get started, I wanted to say a thank you to our readers. I always get the site analytics at the end of the week and I never know how many of you out there are actual readers and how many are bots but, for those that are flesh-and-bone humans, thank you from the bottom of my blackened heart. I started this site with my wife back in March and it’s been a blast getting to meet and talk to musicians that I’ve loved for years and new favorites that I’m going to love for years to come. I’ll have way more of a recap of the first year of the site when the actual anniversary comes up in March but for now, thanks everyone!

This one feels way too on-the-nose not to take the top spot here. The Viking raids, the volcano battle, the wild hallucinations…all of these are more than ripe fodder for Johan Hegg and crew and it’d be a shock if this wasn’t at least somewhere on the band members’ list of their top movies of the year.

A movie about fighter pilots in general feels like a perfect match for a metal band but if that metal band is Sabaton, the masters of war, then it’s even more of a fitting combination. Can you imagine hearing Chris Rörland and Tommy Johansson riffing over Joakim Brodén belting out lyrics about Maverick doing kickass pilot shit? Sounds like an album I’d be dying to hear.

Exhumed head honcho Matt Harvey has always been a horror aficionado with a taste for the more disturbing side of that genre, so a movie in which (no spoilers) a lot of weird and fucked up shit happens in a basement feels like something that would be great fodder for an Exhumed record. The movie is a bit of a slow burn but the guys that came up with 2017’s concept album Death Revenge would be more than up for the challenge of building the tension and atmosphere on the way towards some truly twisted revelations as the story builds.

Ok, so obvious fact of Jackass and nu metal titans Slipknot becoming huge cultural forces around the same time as each other aside, the Slipknot boys and the Jackass crew both have their fair share of weirdos willing to fuck their bodies up beyond belief for our enjoyment. Can you imagine the kind of stuff Johnny Knoxville and crew would come up with for Clown to do with his flaming torch? How deep can Corey Taylor actually get those fingers into his eyes? What if those spikes on Craig Jones’ mask weren’t just part of the mask? Steve-O and the gang could help find the answers to these burning questions.

To be fair, you could probably say that VHS could make a kickass song or record out of almost any horror movie that’s halfway decent. The Black Phone more than fits the bill and its Stephen King meets weird ghost/serial killer storyline would provide Mike Hochins plenty of material to lay some tasty riffs over.

A smart but not-too-smart-for-its-own good sci-fi flick about visitors from beyond the cosmos visiting Earth with less than friendly motives? Yeah, I think Kansas’ cosmic death dealers could handle that.

I watch a lot of horror (like, a lot of horror) and even I was a little taken aback (in a good way) by the depth of gore in Terrifier 2. I can’t think of anyone better to ratchet up the gore than the mighty Cannibal Corpse themselves. Can you imagine the fun they’d have with a shit-and-guts-loving clown? A man can dream.

C’mon, you can’t tell me that you wouldn’t love to hear Cattle Decap throw together some songs about people encroaching on wildlife getting disemboweled by the most pissed off lion you’ve ever seen.

The latest installment of the V/H/S series is insanely brutal, kinda funny, in poor taste at times, and takes a trip down to Hell. If you don’t get why GWAR would be the perfect match for this movie, then you probably don’t know much about GWAR.

Editor’s Note: These are all just the opinions and thoughts from the author of this post. The author and this site does not make any income or money off this site and this site or post is not sponsored in any way, shape, or form. This list is just for fun and discourse about metal and movies. Photo collage at top put together by Metal Plague using the movie posters attributed through the post.